An XER file is the native file format for Primavera P6. As P6 users will know, you can only import XER files that are of the same version or older than the version of P6 you are importing to. With that said, there is a work around to import XER files from newer versions of Primavera P6, with the exception of Primavera P6 version 15.2.3 which verifies whether an XER file has been modified externally. Of course the best and recommended way to import an XER file from a newer version is to have the XER file exported as an older version, but in a pinch these simple steps are mostly successful.

Here’s how to import an XER file created in a newer version of P6:

First, locate the XER file you wish to import into Primavera P6 and right click it. Select ‘Open With’ and select ‘Notepad.’ 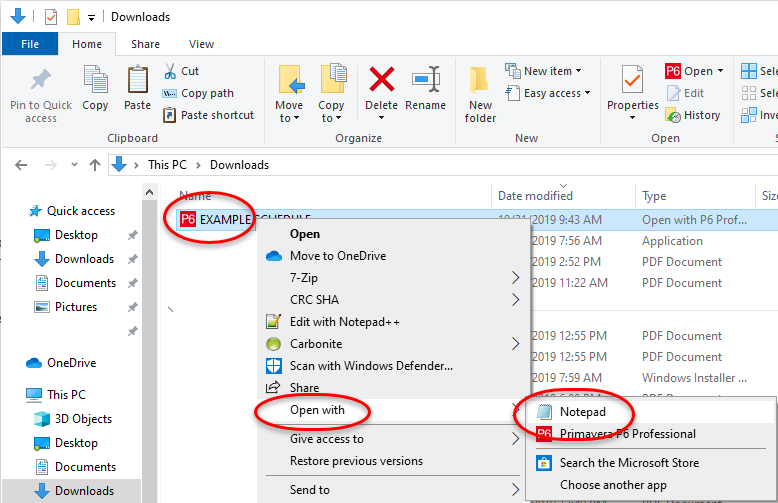 You should now be able to import the XER file into your version of P6. As always, make sure to import the file from within the application itself instead of double clicking on it. This will ensure that the file is correctly imported.

For more tips and tricks on Primavera P6, subscribe to our blog! If you are new to P6, check out our new Primavera P6 Fundamentals self-paced online course.